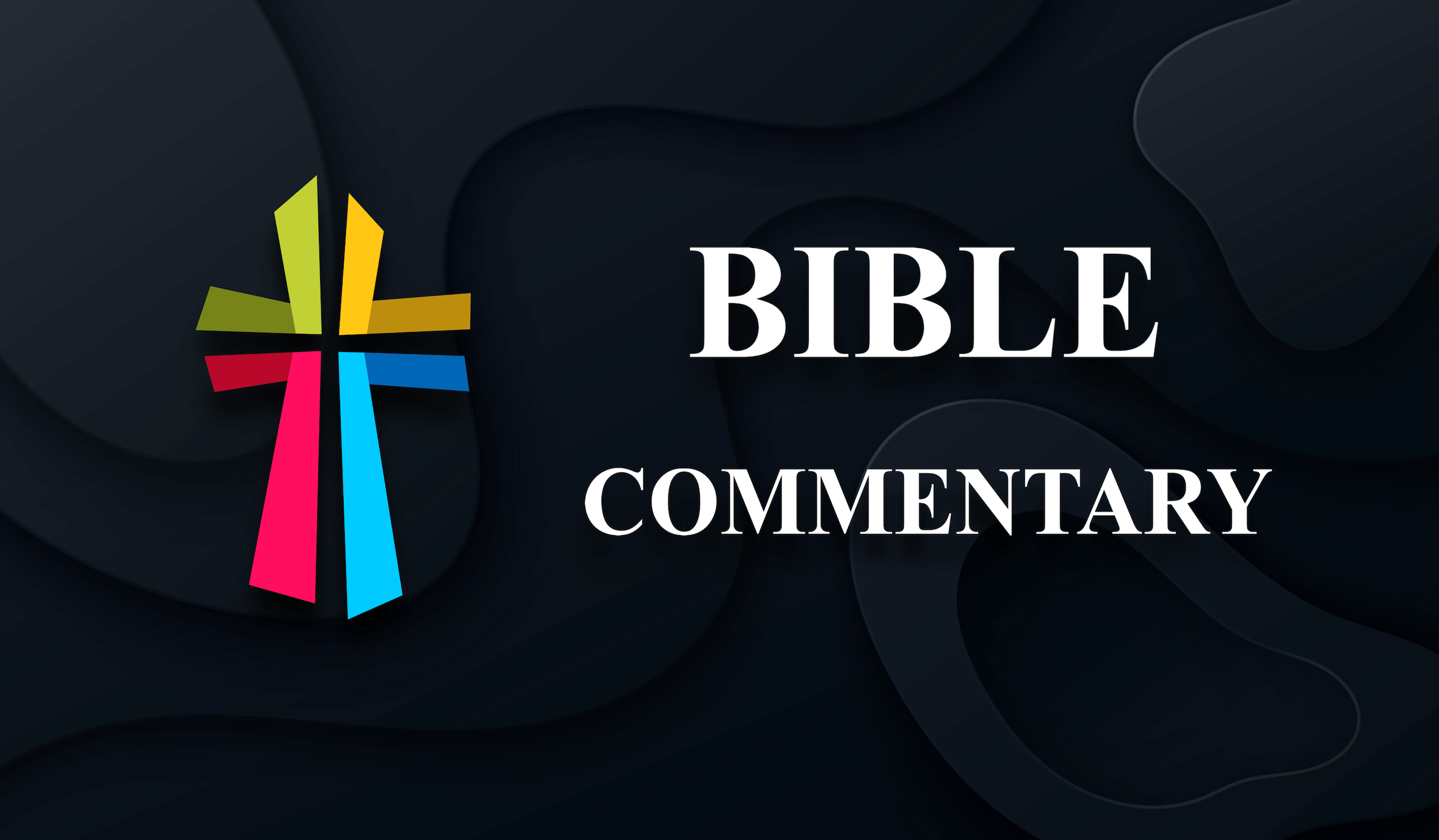 Study the Holy Bible as experienced by the fathers of the early Church and popular theologians. Bible commentaries aid to guide you to understand the Biblical Scripture by providing explanation and interpretation of the Old and New Testaments. Whether you are just beginning to read the Bible or have been studying the Scripture daily, commentaries offer greater understanding with background information on authorship, history, setting, and theme of the Gospel. Verse by verse exposition of the New and Old Testament can be found in commentary written by some of the greatest fathers of the early church including St. Augustine, St. Jerome, St. Basil, St. Athansius, and St. John Chrysostom.

"The Word of God is the food granted by the Holy Spirit to the Church of Christ, to let her live continually renovated in spiritual youth; practicing no incapacity of old age or perishability. Begin by going through meditations and interpretations of these fathers, in the hope that we also would live with the Spirit and thought of the early Church; enjoying, by the Holy Spirit, the Word of God active in us, until it raises us up to our heavenly Groom “The divine Word”, who is to come on the clouds, to grant us the fellowship of His glories, and to enter with us into the bosom of His Father, to be eternally with Him in His heavens. The goal is to enter with every soul into the secret place of the Word, and to enjoy Him as an eternal Groom, who fills the heart and mind and all the inner depths." Fr. Tadros Y. Malaty 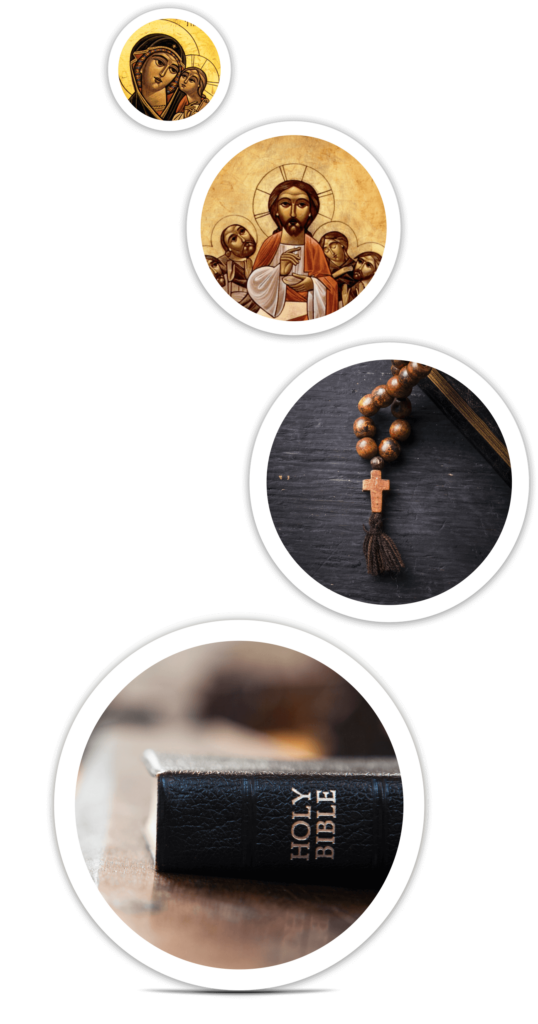 HOW TO STUDY THE HOLY BIBLE

1. It is your own personal book, so study it in light of your own life and your relationship with God. Whatever is found in it, whether it is promises, commandments or contempt, is for you. Underline verses that contain promises so you can concentrate on them in prayers.

2. Search in what you read for our Lord Jesus and how He treats others, and see where you stand with Him.

3. Read with compassion and modesty, because God resists the conceited but gives understanding to the humble.

4. Get a notebook and summarize what you read, your thoughts, the verses you like, and don't forget to memorize at least one verse every day, to keep for yourself a treasure or weapon that may save you in times of trouble.

Thanks to Reverend Father Tadros Y. Malaty, who has kindly permitted that his books be published on our website.

THE FIVE BOOKS OF MOSES

They are called the "Pentateuch" in Greek, meaning the "five containers" or the "five books". Jews called them the "Torah" or the "Law" (Joshua 1:8).

These books represent a part of history, that begins with Creation and ends on the eastern bank of the Jordan River as Moses, representing the Law, turns over his leadership to Joshua, representing Jesus; the Law leads us to Christ (Romans 10:4).

In these books, history mixes with faith, so that the history becomes inseparable from religious belief ... nonetheless this history is preparatory for the coming of the Savior.

These books are united together by four principles which work together as the threads woven into a fabric. These are "The Divine Promise", "God has chosen us", "The Divine Covenant", and "The Law."

For further study of the Old Testament, please click here.

The Gospel of St. Matthew

Matthew wrote the Gospel in Hebrew while in Palestine. He wrote it a few years after the Gospel of St. Mark was written, prior to the destruction of the Temple in Jerusalem.

It was written for the Jews, to declare Jesus as the Messiah, the Savior and Son of David, through whom the prophecies of the Old Testament were fulfilled. He quoted many excerpts from the Old Testament, while continuously repeating the phrase “the Son of David.” Since the Jews were waiting for the Messiah the King, this Gospel was called the “Gospel of the Kingdom.”

As he writes to the Jews, he defends Christ against the Jewish claims. For example, announcing His birth from a Virgin, and the appearance of the Archangel to Joseph, her fiancé, revealing her pregnancy. He recounted the events of the Resurrection, and the bribes paid by the Jews to the soldiers guarding the tomb of Christ to silence them. These are the reasons the Gospel of St. Matthew is called “the early Christian defense.” Some of the theologians believe that its main purpose is liturgical, and that it was written by the evangelist to be read and recited during the Christian prayers.

The Gospel of St. Mark

The oldest of the four Gospels, St. Matthew and St. Luke used it as a source for their Gospels. He probably wrote it while preaching in Egypt between the years 65-70 A.D.

The Gospel of St. Luke

This Gospel was recorded for the Greeks, who are known for their own philosophy and literature, which is why it was written in a refined and poetic style. It described the Divine life and history of Jesus Christ in a theological manner. He offered Him to the Greeks as a Friend to all of mankind, who cares for the educated and uneducated, the philosopher and the unwise, the rich and the poor, the Jew and the Gentile, the man, the woman and the child. St. Luke presented Christ to the Gentile world as the path through which we find inner happiness and joy. He began the Gospel with joy, and concluded it with joy; something the Greek legends and philosophies lacked.

The Gospel of St. John

Many of those who have studied the Bible see that the previous Gospels were presented to the world to guide its acceptance of Christ, the Spiritual King, the True Servant, and the Lover of mankind. St. John the apostle, on the other hand, writes his Gospel at the end for the Church, which is why it was called the “Gospel of the Church.” He identifies the primary Divine goal of the Church, which is to connect the Jesus of history to the Christ of the church who works in it.

In the previous Gospels, humanity was divided into two categories: righteous and evil; however, St. John writes about “the Christ of the Church,” distinguishing between the believers and the non-believers. “He who believes in Him is not condemned” (3:18), but instead, “He who believes in the Son has everlasting life” (3:36). We cross over from death to life, through faith and love (13: 34-35), by keeping the commandments of the Lord (14:21).

For further study of the New Testament, please click here.