THE WORD OF GOD AND HUMAN LIFE

The Holy Bible is God’s divine revelation of His plan and purpose for mankind. It provides the truth in the Old and New Testament about why He created human beings and their ultimate glorious destiny. Furthermore, it gives us hope for the future in a world beset by problems that humans are finding more and more difficult to resolve. The Holy Bible can give definitive answers because its ultimate author is the greatest expert of all. Our Creator God knows exactly what makes us tick and what causes us to suffer and what makes us thrive. 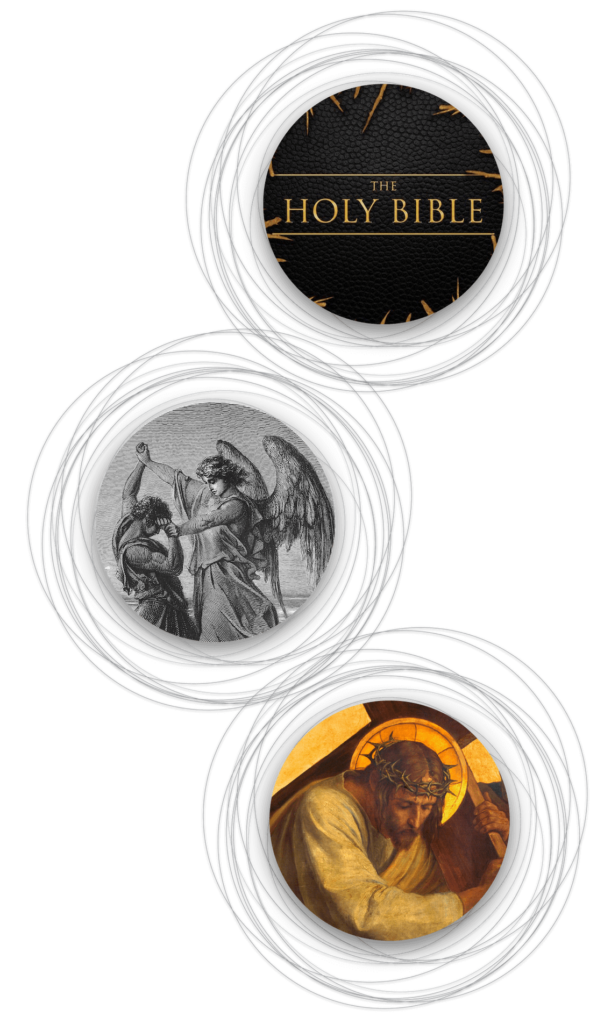 The Bible is an amazing book, recorded by around 35 men inspired by the Holy Spirit over about 1,600 years. God inspired men from diverse backgrounds and generations to record His message for mankind. God inspired prophets, judges, farmers, shepherds, fishermen, doctors and kings to record His thoughts, in which all of them received divine inspiration from God, who is really the One who wrote the Bible.

The apostle Peter wrote, “Knowing this first, that no prophecy of the Scripture is of any private interpretation. For the prophecy came not in old time by the will of man, but holy men of God spake as they were moved by the Holy Ghost” (2nd Peter 1:20-21).

THE PURPOSE OF THE HOLY BIBLE

1. God desires that we encounter Him in mutual love: to see Him, to hear Him, to talk with Him and to embrace Him, accepting His glory in us. His Word is not a monologue, that is, a one way conversation from God directed towards us, but a dialogue of love between God and man, and man and God. This is what the dialogue between Abram and God clearly shows us (Genesis 18:17-33).

2. The Holy Scriptures are not just commandments, but divine promises that empower us. The Bible is not only for us to study, but to experience, to live, and to worship by It. Thus the Holy Scripture came down to us in a style that the illiterate could understand and the literate could admire. It does not cover scientific facts, yet It does not contradict them. The purpose of the Bible is to invite man into a complete life in God (2 Tim 3:16).

3. In essence, the Bible acquaints us with the person of the Lord Christ as the Word in flesh with Whom we unite as a body with a head, and a bride with the Heavenly Groom Who carries us into the arms of the Father. Both the New and Old Testaments concentrate on the Lord Christ who saves us from our human nature, and sanctifies and renews us with His Holy Spirit and by His Blood on the cross.

1. The Bible is a book unique in kind: it includes history, poetry, literature, wisdom, prophecy and messages - written by prophets, philosophers, wise men, kings, shepherds, and fishermen in different eras that span 16 centuries, and yet is homogenous in thought and purpose - capable of translation into the all world's languages without losing its vitality.

2. The greatness of the Holy Bible is glorified by the fulfillment of its prophecies after thousands of years with distinct accuracy and without doubt. It is possible to find a complete description of the Lord Christ, His life, and His divine work from the Old Testament alone.

3. Creation is described simply but in detail, not in the form of the fairy tales that, without exception, had filled the world; even modern scientific discoveries have come to agree with what is contained in the Bible.

4. Every year archeological discoveries verify the historical events found in the Bible even those that had been doubted by some researchers.

The Bible is an entire library, with stories, songs, poetry, letters and history, as well as literature. The Holy Bible has two sections, the Old Testament and the New Testament.

The Old Testament is the original Hebrew Bible, the sacred scriptures of the Jewish faith, written at different times between about 1200 and 165 BC. The Old Testament was arranged in four sections.

They are the first five books, Genesis to Deuteronomy. These books were later called the 'Pentateuch', and were written by Moses. Genesis is a book of stories, with nothing remotely like rules and regulations, and though the other four do contain community laws they also have many narratives. The Hebrew word for Law ('Torah') means 'guidance' or 'instruction', and that could include stories offering everyday examples of how people were meant to live as well as legal requirements.

These include Job (a drama that explores the nature of suffering), Psalms (songs, prayers and liturgies for worship), Proverbs (sayings of homespun wisdom), Ecclesiastes (Tabernacles), and Song of Songs (Passover).

The Prophets is the largest section of the Old Testament, and has two parts ('Major prophets' and 'Minor prophets').The books of the major and minor prophets were considered to be part of the "classical prophecy" era of the Old Testament. The classical prophecy era began in the eighth century during the reign of Jeroboam II in the northern kingdom of Israel. Amos and Hosea were the earliest examples in the north, while Micah and Isaiah were the first known classical prophets in the southern kingdom of Judah. These prophets addressed both the king and the people and became social-spiritual commentators for the Jewish people.

The Major Prophets include Isaiah, Jeremiah, Lamentations, Ezekiel, and Daniel. These books were declared "major" because of the amount of text, and not because they were considered more important than the "minor" prophetic books. The Old Testament prophet tended to be revealed during times of crisis. God used the prophets to provide direction and wisdom during times of crisis. They were also used by God to remind the people of their covenantal promises.

The New Testament has 27 books, written between about 50 and 100 AD, and falling naturally into four sections:

The Gospels were written to present the life and teachings of our Lord Jesus Christ in ways that would be appropriate to different readerships, and for that reason are not all the same. They were not intended to be biographies of Jesus, but selective accounts that would demonstrate his significance for different cultures.

The first three are effectively different editions of the same materials, and for that reason are known as the 'synoptic gospels'.

The writer of Luke also wrote the Acts of the Apostles, which tells the story of how Christianity spread from being a small group of Jewish believers in the time of Jesus to becoming a worldwide faith in less than a generation.

Epistles (or letters) were written by various Christian leaders to provide guidance for the earliest church communities. They are divided into Pauline Epistles and General Epistles.

Letters were the natural way for itinerant church leaders to communicate with their converts, and the earliest ones were written before the Gospels. With some exceptions (Romans, Hebrews), they were not meant to be formal presentations of Christian belief, but offered advice to people who were working out how to express their commitment to Jesus in ways that would be relevant to the many different cultural contexts in which they found themselves throughout the Roman empire.

Reading them can be like listening to one half of a conversation, as the writers give answers to questions sent to them either verbally or in writing. Paul was the most prolific writer of such letters, though he was not the only one.

The New Testament concludes with the book of Revelation, which begins with a series of letters to seven churches, but then offers a visionary presentation of the meaning of all things, from creation to the end of the world.

Now is the time to read and study the complete Bible, both the Old and New Testaments, that God has given us out of His great love for us. As Paul told Timothy, the Holy Scriptures “All scripture is given by inspiration of God, and is profitable for doctrine, for reproof, for correction, for instruction in righteousness. That the man of God may be perfect, throughly furnished unto all good works.” (2nd Timothy 3:16-17).

For further study on the Holy Bible, you can check the "Commentary" page.