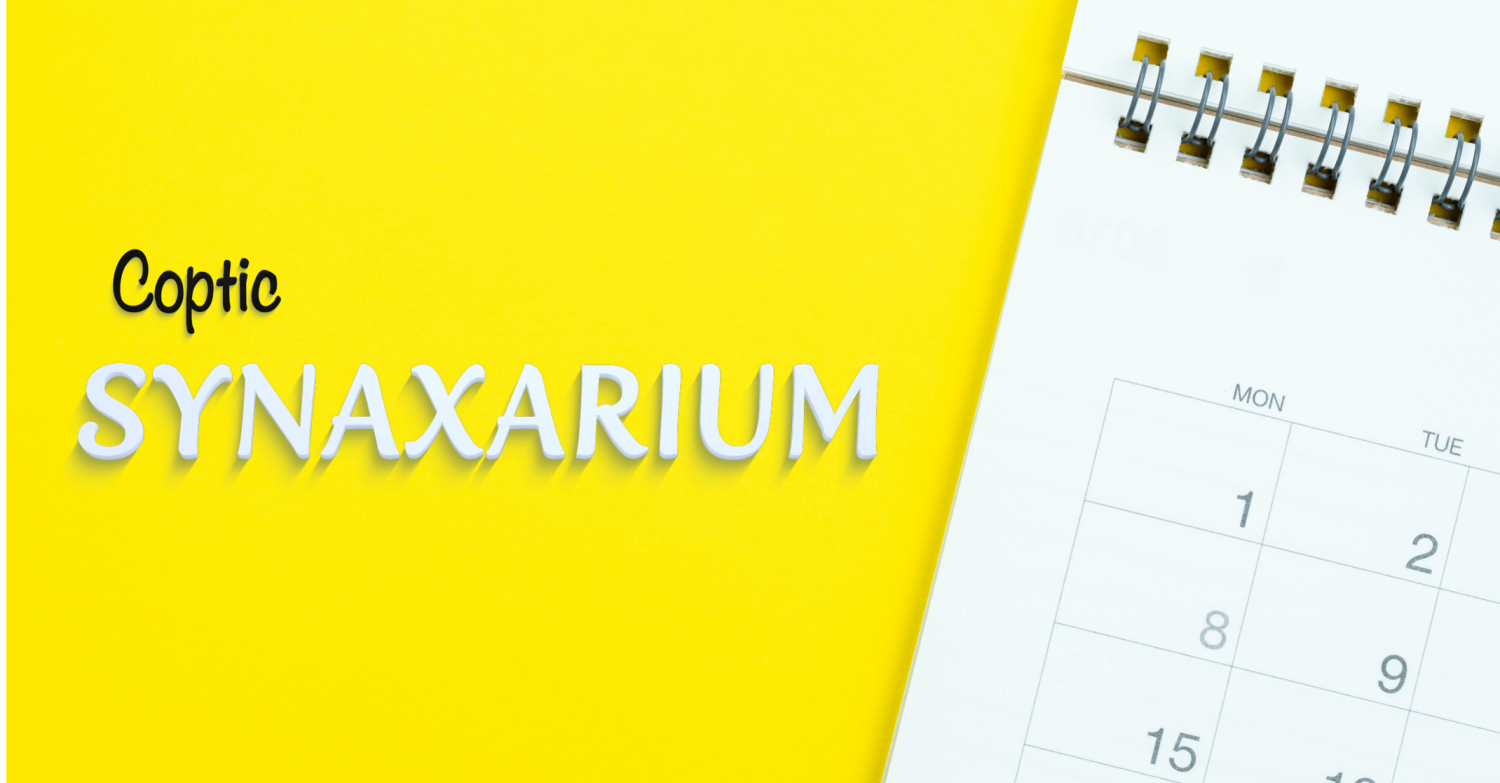 The Origin of the word Synaxarium

Synaxarium, Synexarion, Seneksar, “ⲥⲩⲛⲁⲝⲁⲣⲓⲟⲛ” in Coptic, comes from the Greek word “Συναξάριον”, from συνάγειν, which means “to bring together“.  In the Eastern, Oriental, and the Coptic Orthodox Churches the name is given to describe a compilation of the writing of the lives of Saints and Martyrs, along with some Church-related events.

The Synaxarium in the Coptic Church is a liturgical book containing short narratives of the lives of Saints arranged in order of the day they passed away rather than their birthdays to commemorate the day they started their lives in heaven. In the Synaxarium, Saints are listed in the order of their anniversaries using the Coptic calendar, which consists of 13 months in which each month has 30 days except the last month (Nasie) that has only 5 days or 6 days in the leap year. Throughout the year, during each Liturgy (except during Pentecost), we read one or more stories of those saints. In which, their stories are read to comfort us and give us consolation.

Synaxarium was developed sometime in the Middle Ages – prior to that the lives of saints were kept separately and read eulogistically at the saints’ passion days. These independent encomiums were written in Greek and Coptic, but when they were assembled together they were translated into Arabic, and the resultant work was called Seneksar. The primary compilation of the Coptic Synaxarium is attributed to the 13th century cleric, Michael (or Mikha’il), who was bishop of Atrib and Malij, two towns in the Nile Delta. Other writers such as Butrus al-Jamil, bishop of Malij, in the last quarter of the 12th century and the first half of the 13th century, and Yuhanna, bishop of Burullus, contributed to its production. The Coptic Synaxarium has been translated into German, Latin and French.

Here, you can look up an event in the Synaxarium by three ways: